Seems that in one of Orac's posts, "Common Sense" is vigorously denying the existence of something that's viewable from one click. EDIT: Looks like it may have been a case of technical difficulties.

Anyway, the fact that someone can file a complaint claiming vaccines turned their kid into a superhero doesn't really speak for the quality of the database.

A vaccine-powered superhero would be cool, though: Prevent crimes before they happen. Probably wouldn't get as much fanfare, though, since prevention isn't really that showy.

I came, I clicked, I saw. Here's a screenshot: 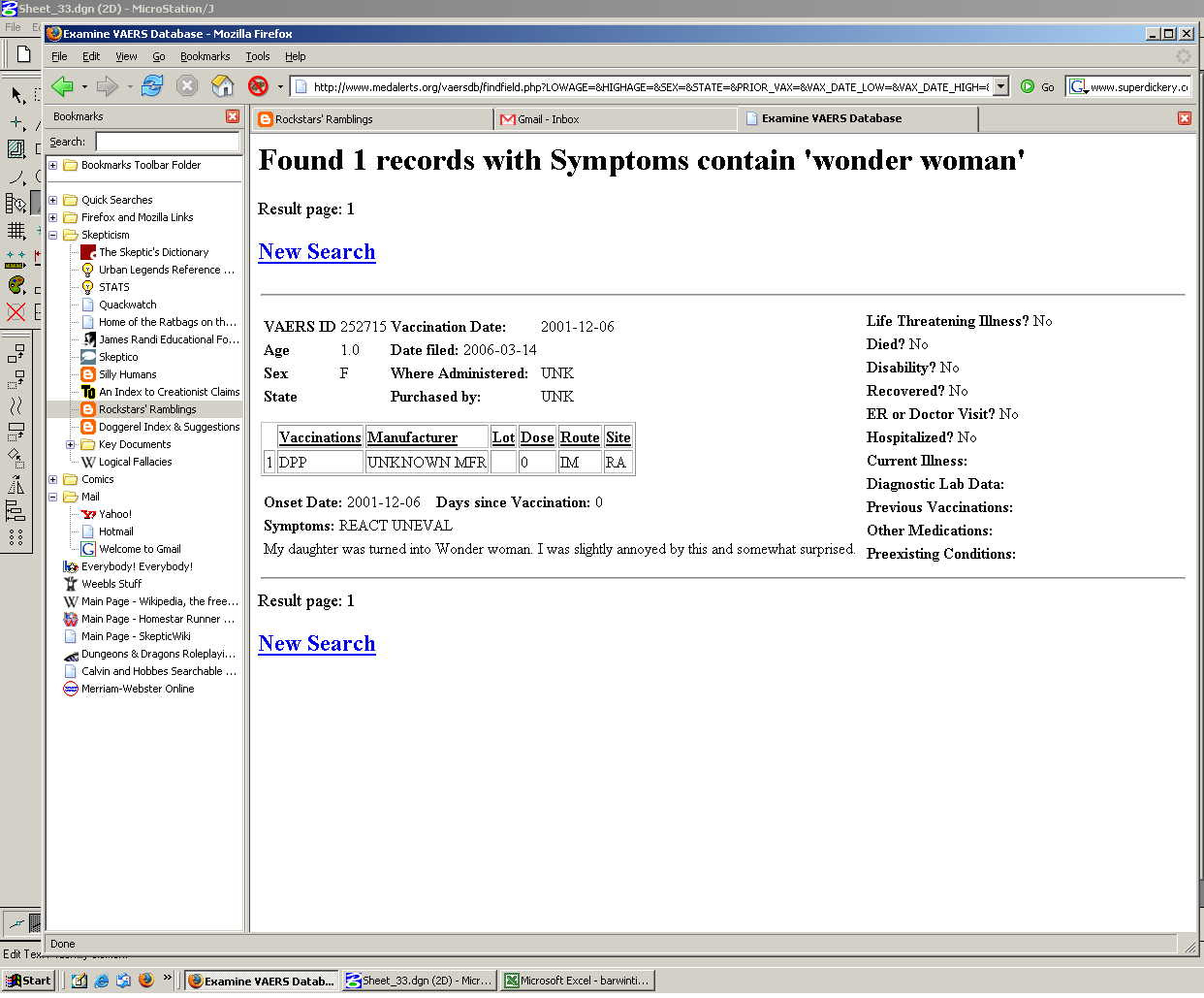 Right-click my pic to download the full-sized version. Flickr's being a little weird.
Posted by Bronze Dog at 10:19 AM

Probably wouldn't get as much fanfare, though, since prevention isn't really that showy.

I'd mention The Minority Report here, but it stars Tom Cruise, so I won't.

I can't help but think that it would make sense somehow if the lady got a chance to explain... but no matter the explanation, it's hilarious.

A bit off topic, but it looks like you're still using a 1.5.x version of Firefox. Version 2.0 is out now. For some reason, 1.5.x's auto update didn't find it for me. You probably need to get it manually.

2.0 has a built in spell checker (works when writing posts and comments!), and they moved the close tab button from the right hand side of the tab bar onto each individual tab, but I find that annoying in that there isn't one standard location for it. The spot where the close tab button was has been replaced by a menu icon that lists all of your tabs (useful if you have 20 open, which I frequently do). You can also (finally!) recover accidentally closed tabs in the History menu. I'm sure there are a ton more changes, but those are the most obvious.

I recently upgraded on my home computers, but not my work computer. Being able to retrieve a lost tab comes in handy. Especially since I'm not used to having a close tab button so easy to accidentally click.