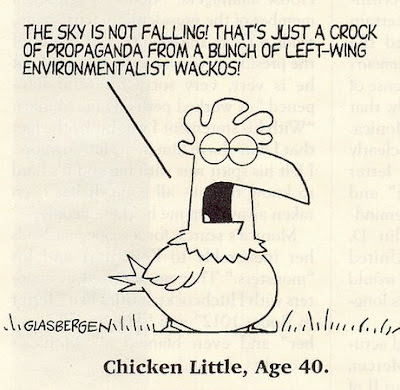 One thing that always annoys me is when woos start bringing politics into epistemology. It doesn't matter where on the political spectrum I fall when I make an argument. If the data says reality has a liberal bias, like Stephen Colbert once commented, well, you'll just have to accept that. If you don't, at least dispute the validity of the data, the gathering methods, and so forth. In short, do science, not politics. Don't bring in political affiliations. It'll only make you look bad.

I'll freely confess that a lot of the science places I visit have a noticeable liberal bias. That, of course, has no bearing on whether or not they present sound arguments. Science often involves the art of eliminating bias from studies. That's what double-blinding is for in many studies, and why independent replication is so important.

Currently, the left is more associated with science (and some brands of woo, unfortunately), but I suspect that has more to do with the large number of religious conservatives hijacking that end of the spectrum for their fundie wooism. At least, that's how some nostalgic conservatives and moderates tell it through potentially rose-colored glasses about an era when the conservatives were once the practical, reality-based group.

But true or not, that's neither here nor there. The point is, don't bring up politics in a debate over scientific fact. You may just find yourself facing a conservative skeptic who just happens to not live up to the stereotypes those in the woo ivory tower told you about.

Hell that whole right and left thing bugs the crap out of me anyway. Since I have been called both online, what the hell use is the tag?

I'm afraid I have to be very dry and boring here.

Liberal =/= left wing. In fact, I'm constantly insulted by this every time I talk to almost anyone at all online or in the real world, but I have to say it happens 100% of the time with folks from the USA. (No, this isn't an anti-american rant, no this isn't an opinion, no, the word hasn't changed meaning except in the public sphere,like how "theory" hasn't changed, fancy arguing that scientific theories are the same as a layman theory?) That should be all the bases covered. Now for the dry part.

The United States of America has no viable left wing at all, it has a very strong right wing and a lot of centerists. This is not the same. A liberal can indeed be left wing in many beliefs, but in fact it is more likely they will be a centerist or, rather more confusingly, considering the abuse the term gets in the public eye, right wing. Our last Liberal (well, neo-liberal) Prime Minister here in Britain was Thatcher. Oh, how socialist she was.

Appologiss for the, lets be frank, uninvited lecture. Your points on how a political stance make no difference to the science (or woo) being stated are extremely accurate and really need repeating.