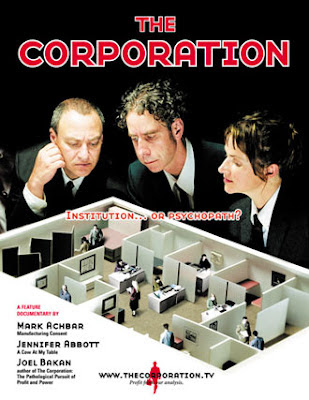 Money is a major source of power in this world. It's hard to doubt that, or that it can lead to corruption. The problem for woos who like to paint a picture of corrupt CEOs controlling everything is that science has safeguards against that sort of thing. Corrupting all the scientific studies around the world on a topic would pretty much require millions of people being subject to bribes. That would include direct competitors and idealists.

That's one reason I have a hard time buying the idea that some unspecified corporate masters could control results in scientific studies. They might be able to get away with falsifying one study conducted by members on their own payrolls, but that's what independent replication and peer review are for: They can't buy off everyone.

At this point, woos will typically descend into deeper cynicism, suggesting that everyone except their camp can indeed be bought off, and for cheap. They'd rather we believe the world is a simple black-and-white place, and that any large amount of money conveys near-omnipotence within administration and bureaucracy of those below. It's a rather sad way to view the world, but I digress. Such conspiracies are untenable because of the sheer number of conflicting forces in the world, and even within corporations.

Even more than that, it presumes the corporation in question is actually evil. Woos seldom stop to think that a corporation might actually be doing something good, or that doing good might actually be in the corporation's best interest. For a lot of pharmaceutical companies, I can imagine producing highly useful medications for a variety of conditions would be very good in the long term: If everyone lives a long, healthy life, chances are, they'll be major consumers in old age, when natural breakdown kicks in.

All in all, this is a subject change. The fact that a corporation may be involved in a study is typically irrelevant, no matter what devious motives you can dream up: The scientific method is designed to combat bias. Unless the woo can demonstrate how and where that bias could affect the study's results, it's meaningless.

This is kinda like the whole global conspiracy thing.

I have a mate who believes in the whole "everything is run by a secret cartel of corporations."

To which I usually answer, "Where is this cartel, and how do I join?"

The recent study
showing the “file drawer effect” at work in antidepressant studies shows that corporations can impact on good science in more subtle ways than through outright fraud.

The paper found that where analysis of results includes those from unpublished studies (obtained under Freedom of Information legislation), antidepressants are no better than placebo for mild to moderate depression.

Big money can distort science through the effect on what research gets funded, what questions are asked and what gets published. Given the billions of dollars involved in the industry, I think the critical eye of skepticism should be focussed on “Big Pharma” as much as it is on the alties.

Hence we support continual improvement in regulation. There is a big difference in scale, though: The pharmaceutical companies have been known to produce good products. Alties haven't done a damn thing.

I tend to focus on alties, because they typically support a culture of authoritarianism: Their gurus are given free passes. I think fighting that particular evil is the first step before I take lessons in analyzing the subtleties.

Yeah I agree. Now corporations don't get a free pass. Its true that aside from not wanting to fund certain research that they are afraid of (tobacco companies come to mind), there's the issue of their insulting and sometimes outright deceptive advertising of their own drugs. This should be watched for and punished when it's found out.

However, the point is there ARE watchgroups constantly making sure companies don't get away with a lot. Tobacco companies may not have done the research on their products, but it was done, and everyone knows exactly what that product does to someone's health now. If a company releases a product that does nothing, they get attacked for it. It's the whole reason there's an FDA. I do think that their commercials should be more strictly regulated, but the point is THEY don't get off the hook most of the time.

Alternate medicince practitioners, on the other hand, can generally do whatever they want short of directly killing large numbers of people and seem to get a free pass due to tricky labels of their stuff to loophole their way out of responsibility.

It's not like it's a bunch of big guys attacking some small branches here either. "Alternate medicine" is big business as much as the legitimate kind is, and there's huge corporations on that side too.

It's for those reasons they need to get the greater focus now. When they are as strictly regulated with the same expectations, legally, as legitimate medicine, there won't be an issue. Mind you, there won't be any more alternative medicine either. Well, not as it stands. It'll have to be marketted with full disclosure and purely for entertainment value, like the value I might get out of buying a "dream catcher", for decoration rather than nightmare prevention.