Since I don't want to push Ryan's first post in a long time off the front page yet, I'm cramming a bunch of stuff into one post.

Learn how to defend yourself from giant ants, as well as why they have the ability to sometimes ignore critical hits. (Via Phil)

PZ shows me an image that would go so well on a T-shirt for Ryan.

PZ provides an irony meter test. (DANGER! Do not click until you have checked all the safeties and have a fire extinguisher and first aid kit nearby.) Corkscrew does my commenting for me.

Rev. BigDumbChimp provides a story that makes me feel queasy.

Infophile gives us a mouthful to say.

I don't take the original series very seriously, either. (Via Phil, again.)

Quote of the moment:

"The correct response [to "Prove me wrong!"] is, "I have. Prove that I haven't proved you wrong." It quickly becomes something akin to two young boys shouting "I got you!", "No you didn't!, "Yes I did!", etc., and is funny to everyone except the claimaint.

Zeno runs into a new peak on the stupidimeter. PZ comments. MarkCC does, too.

Zeno also discovers that there actually is something good about religion.

This just in!: Matt flings poo at Cretinists! Shocking. Cretinists like the first commenter, Annie, who I hope is a parody. Join the Bar-B-Q.

The photos I mentioned earlier: One of the funny ones isn't going to happen. I have only my sloth to blame for my inability to take the opportunity. 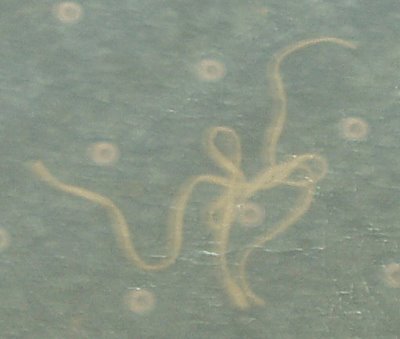 Tricky to photograph small objects up close. Going to send all of them to Venganza.org for them to pick out and crop as they see fit.
Posted by Bronze Dog at 11:06 AM

There's nothing wrong with a content-rich post! A lot of very funny stuff here. I especially like Valatiel's thing, the QOTM, and the thing from Matt.