Well, Jack Chick has hit a high point of absurdity for what I've seen from him. When you've got people as crazy as he is, parody, satire, and such are much harder to perform.

But that's not going to stop me from trying. With new levels of crazy being opened up to me, I've got got to put some special effort in lambasting it. I'll be glad if this gets even a quarter of the attention of my first Image Dogtoring.

Anyway, here's the original "First Bite" strip before my efforts. If mine's not funny, at least I can probably invoke laughter by directing you to the source. Props to Orac for bringing this one to my attention. Read it? Here's my remix: 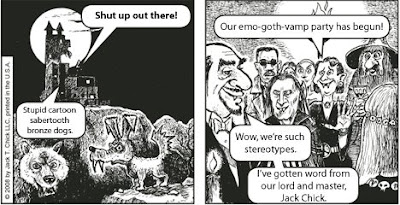 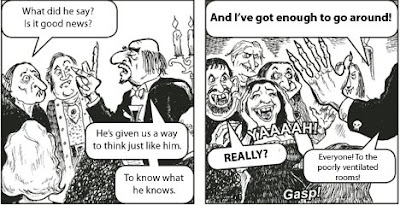 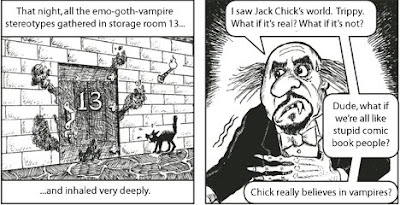 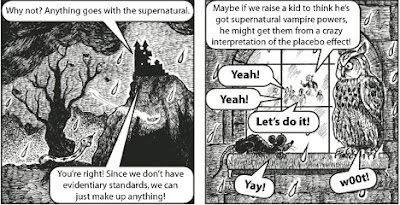 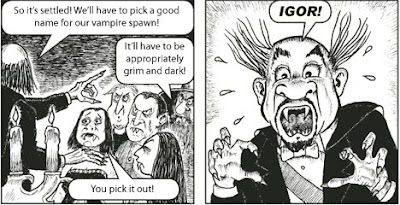 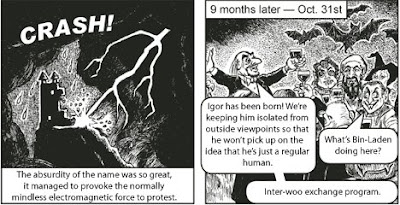 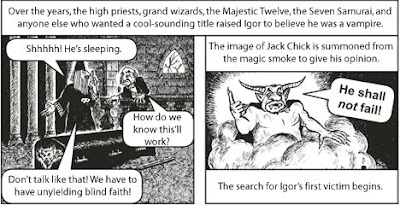 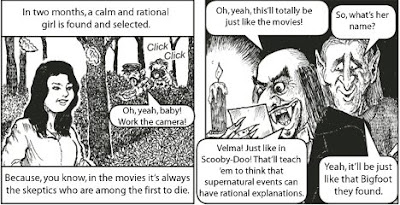 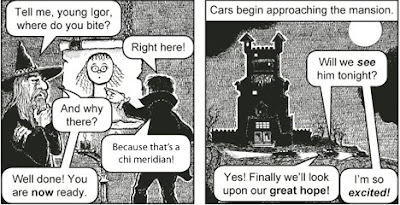 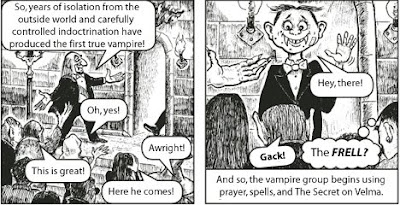 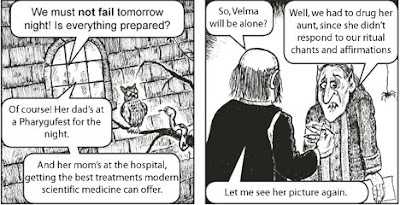 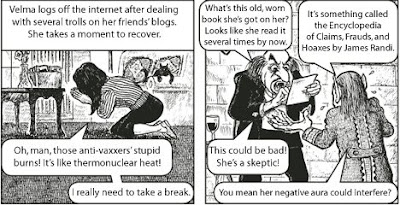 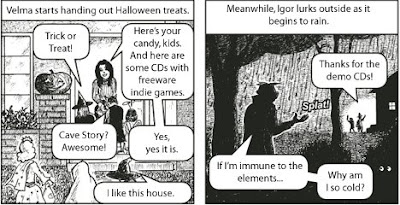 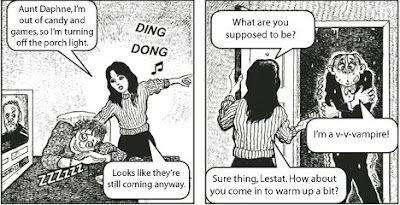 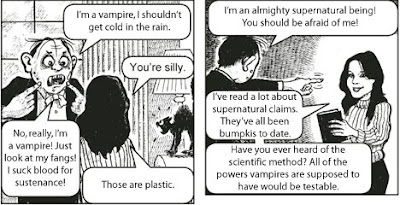 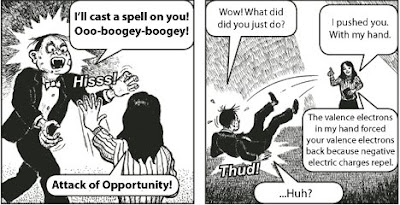 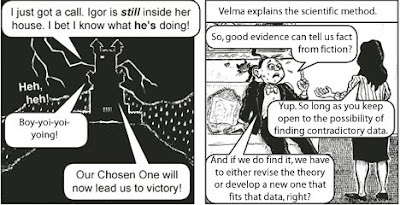 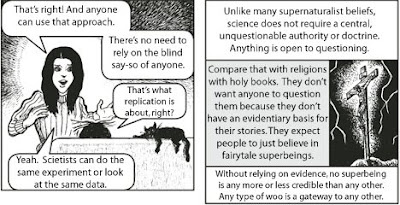 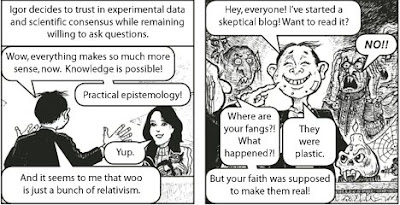 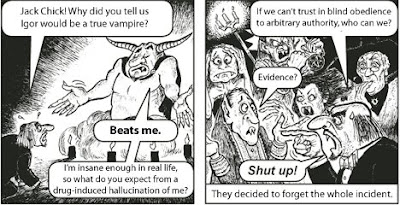 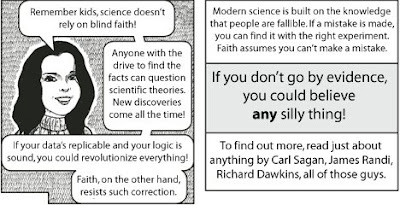 So, disclaimer and miscellaneous stuff time:

1. Original art by Jack Chick. I just rewrote most of the text in the speech balloons.
2. Feel free to make copies. Just remember to give appropriate credit both to me for the rewrite, and Chick for spraying out the art used in the original insanity.
3. Read about indie games here. Yes, Cave Story is awesome.
4. Anyone know if Jack Chick actually believes in vampires? Or is this some crazy non-literal parable?

Seriously. that was awesome.

Wife asked me what i was laughing at.

My only quibble -- in panel 8, it sounds like Velma was selected because she was a skeptic. But in panel 12, the vamps act surprised that she's a skeptic.

Oops. Took a break between the two contradictory panels, so I guess I forgot. I'll tweak it tomorrow and fix the typos. Or today, rather.

I actually wonder if Chick's work is parody. It's as bit like Eddie Current's videos on YouTube which are parodies.

"Because that's a chi meridian." I'm so glad I wasn't drinking anything, or I'd need a new laptop.

Also, I'm pretty sure Akusai and I were at that party.

Chick's version was lame even for him.

I'm gonna go after a christian right now. She better be able to jesus-fu me, or... CHOMP.

(just kidding, the self righteous tend to taset awful, kinda like sour kraut)

I think my favorite part was Chick's second "appearance." That part definitely got the loudest laugh out of me!

brilliant.
Has someone forwarded to Jack yet? Please request a picture of his face if you do.

I love the Halloween themed Chick Tracts. I like “Boo!” a lot, but also “The Devil’s Night” and “The Little Princess.” Someone made a short film of “The Little Princess” - you can see it (and like 10 others) over at http://www.316now.com. It’s a hoot.