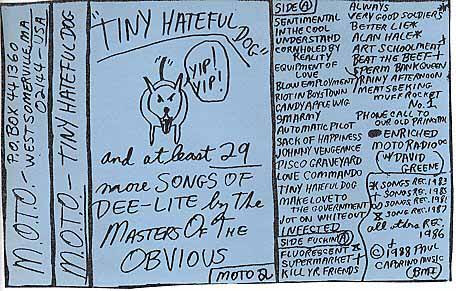 Attacks on skepticism are full of propagandistic stereotypes. Woos often claim, or at least imply that all skeptics are inherently miserable, bitter, rude, obsessive, arrogant, negative, closed-minded, oppressive, limited in their thinking, thin-skinned, and all sorts of nasty things. Some of the extra-nasty trolls will even use today's word: "Hateful"

First, as is common to the Doggerel entries, this one is a change of subject. If Hitler came in here and made a valid argument, his Hitlerness would have no impact on the validity of that argument. A valid argument is a valid argument, so even if we were hateful, that doesn't change anything.

Second, skeptics like me typically see ourselves as defenders. If a "psychic" is bilking people out of their hard-earned money with a few parlor tricks, are we just supposed to smile and nod? Of course not. We're supposed to criticize bad things. We're supposed to point out problems when they occur. Although I think the world is a nifty-keen place, I'm not going to pretend that it's perfect and let wishful thinking slip in for myself or others. We've got problems, so let's solve them. The first step in solving a problem is to recognize its existence.

Doggerel Index
Posted by Bronze Dog at 10:37 AM

That's what the tards can't get - it doesn't matter if I call you a moron if my argument is valid.

On the same note, I have idiots constantly claiming ad hominem everytime I kick their argument's ass.

I see you have changed the whole topic.

Well let me practice my freedom of speech.


You are all a bunch of monkey idiots.

And I'll practice mine: You're an idiot who can't be bothered to catch a point.

And I'll throw in some shameless promotion for some Classic Action, since its on topic.

I know you've read it BD, but I'm always eager for others to discover that one. It's still one of my favorites.

You are all a bunch of monkey idiots.

OOOOHHHHH, burn! Does every 13 year old know how to hit ENTER?

weapon of mass instruction is...A FAG! HAHAHAHAHAHA! I soooo got you

Ha! If you want fags go to Amanda's blog she is making lots of friends their.

Ever consider that Amanda gets more friends because she doesn't perform the foul tricks you attempt to bungle past us?

Notice that Ryan pretty much held up a mirror to Weapon, and he apparently didn't recognize his reflection.

I didn't think that I could be anymore blatantly obvious. Wow...