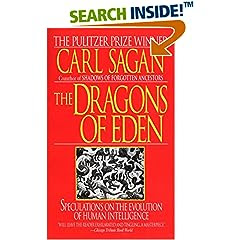 Welcome to a very, or at least mildly Carl Sagan edition of "Doggerel," where I ramble on about words and phrases that are misused, abused, or just plain meaningless.

One small, yet profound thing Carl Sagan has contributed to my skepticism was a simple metaphor: The dragon in the garage. This reptilian critter is invisible, incorporeal, breathes heatless fire, and requires no food, air, or water to survive. In short, her existence has no effect on the universe. Because science involves the studying of observable effects, our draconic friend isn't subject to science. Of course, the problem is that without observable effects, it doesn't really matter whether or not she exists:

Now, what's the difference between an invisible, incorporeal, floating dragon who spits heatless fire and no dragon at all? If there's no way to disprove my contention, no conceivable experiment that would count against it, what does it mean to say that my dragon exists? Your inability to invalidate my hypothesis is not at all the same thing as proving it true. Claims that cannot be tested, assertions immune to disproof are veridically worthless, whatever value they may have in inspiring us or in exciting our sense of wonder. What I'm asking you to do comes down to believing, in the absence of evidence, on my say-so.

Woos who use this bit of doggerel don't seem to realize that they're making their woo exactly like the dragon: As powerful as nothing. If something has an effect that can be noticed by a layman, surely it must be subject to science. In addition to making their hypothesis useless, woos make it unfalsifiable: There's nothing it can fail at, because there's nothing it can succeed at, either. No test can be devised for something that does nothing.

I think the problem stems from a fundamental misunderstanding of just what science is. It isn't beakers, X-rays, and so forth: Science can be quite simple, especially when it comes to woo:

The boffins at the Lawrence Livermore Laboratory in California could not explain how an Israeli National managed to levitate a matchbox laid flat on the back of his hand. The physicists had X-rayed the box, looked for magnets, weighed the box to within one micron and analysed the chemical composition of the matches. They found nothing to explain what would make the matchbox stand on its end. When Randi witnessed the phenomenon he was not impressed and immediately replicated the conjuring trick. He placed the matchbox on the back of his hand with the lid slightly ajar, then he closed the box so that some of his skin was jammed in the lid. With a few magical words he suddenly clenched his fist so that the skin on the back of his hand tightened. The matchbox lifted gracefully onto its end. Randi joked that if the fraudster was using supernatural powers to lift the matchbox he was doing it the hard way.

A fancy PhD and complicated equipment doesn't make something scientific.

Doggerel Index
Posted by Bronze Dog at 11:03 AM

Very nice, and quite appropriate for the day. I had something planned myself, but then something even better fell into my lap, so I'm going to have to squeeze in two big posts for the day.

I had a class my junior year of college called "Critical Analysis of Parapsychology." (Naturally, when I saw it in the course offerings, I talked my adviser into signing me up even though I wasn't strictly qualified.) Some of my classmates were...shall we say...not all there. Towards the end of the semester, we all had to do basically a "book report" on a piece of skeptical literature. The goth pagan chick who thought she was a lot smarter than she was (you know the kind: whenever she raised her hand to talk, the whole class groaned as one) got The Demon Haunted World.

In her speech, she mentioned the dragon passage, which I, like you, found a powerful piece of woo-dispelling prose. Her take? "Sagan uses his invisible dragon to show that absence of evidence does not equal evidence of absence. Even though you can't test the dragon, it still exists."

I checked out of that speech right then and there.

Why do you inflict such psychic pain on me, Akusai?

Because I can. Mwah hah hah.

Absense of evidence is indeed evidence of absense when evidence would otherwise be expected. It's the Modus Tollens Exception, and I'm trying to get people to pick up on the term.

Yeah, nothing wastes time like seeking to unravel the real mysteries of the universe. We should be using our time productively to solve all the fake ones, many of which only exist because they can make people rich for blubbering about them.

What is a waste of time, Cocksnack?

I don't think it was Weapon, but he's just as vapid. Thankfully he's less verbose.

It should be a waste of time. Unfortunately it isn't.

The fact that it is necessary to devote a blog post to something that should be blindingly obvious makes me even more misanthropic than usual.

I keep telling people this, but it never seems to get through. I have a completely nerdy example of this trope that pissed me off recently.

A few months ago, there was a comic book where Spider-Man and Iron Man were discussing science vs. magic, with Parker wondering if they were both different words for the same thing.

And I was blown away. Of course they're words for the same thing! How the hell do you think Dr. Strange figured out how to summon the Rings of Raggador or whatever?

He kept trying different incantations and found one that worked. He learned exactly how strong a demon he could hold inside them by trying them on different monsters, or reading about somebody else who did that, or by using math to figure out how strong the rings are, and then extrapolating from there.

In other words, exactly what a scientist does.

Jesus, Spidey, you're supposed to be a science nerd. Pay attention.

I've found the only way this gets through to people, though, is the Socratic method. If somebody says "How can your precious science measure love, or beauty?" you start by asking "Well, how do you know a person loves you?" and go from there.

Oh, yes, Christopher: Point beautifully made! (Though I'll need to find a beautif-o-meter to verify)

I've got a homebrew D&D campaign setting where magic is quite scientific:

If your new divination spell can't work under double-blind conditions, why should I bother learning it?

Even have "thaumobabble" that reads a lot like computer science and electrical engineering shoved together:

"How can your arcane chaos hammer variant work if your decision tree for picking out lawful opponents is that shaky?"

I get a kick out of settings where magic works in a largely scientific manner. Discworld for instance, despite being incredibly weird, has very well understood rules and methods by which magic works.

Also, as an aside; awesome icon akusai. Do you play Mage, or just like the symbol?

Big Mage player here, actually. Well, GM, mostly, but whatever. I like to think that I play at least as much as my players because I have to run so many recurring characters with strong, defined personalities. In any case, it's my game of choice. Been running one game for almost four years. Hope to bring it to a close here in a couple of weeks and try out that new WoD.

I have, however, been missing DnD something fierce; I never have anyone to play it with since my close friend/best DM I've ever played with went to boot camp in June...

Christopher's point reminds me of a short story by Irvine Welsh, which appeared in The Acid House. It's called "The Two Philosophers," who are always arguing about magic and science. They're out drinking and one of them suggests independent arbitration to settle the dispute. So they ask a bunch of football (soccer) fans at the nearest pub to observe their debate.

They end up getting drunk and the football fans get bored and pressure them into just fight it out in the street. After the fight, and an encounter with the police, one of them emerges victorious, and a young man walks up to congratulate him by saying:

The philosopher of science replied, "No, I was unkown science."


It seems that everyone is so threatened that they see me behind every post.

No, we're not threatened by a tiny troll like you: It's just that Ryan was confused by the sheer lack of content, and you were still fresh on our minds. Not all that much to distinguish you from all the others:

Normally the not-you trolls who leave contentless posts do it on the really old topics. About all you do to separate yourself from them is obsess about me in recent threads.

The only thing you threaten to do is stifle discussion by whacking that 150-year-old cardboard cutout over and over.

You guys REALLY need to get laid

Oh, such clever wit. Did you think of that all by yourself?

Do you have an actual point?

I'm sorry, that was wrong of me.