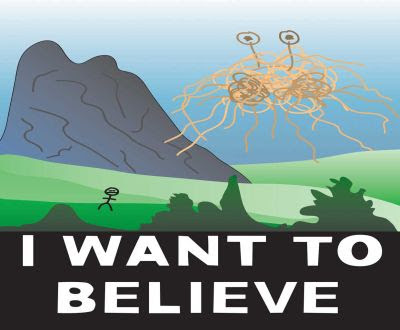 I have the right to make fun of you, call you an idiot, and dissect, in detail, the hows and whys of your idiotry. Freedom of speech doesn't mean freedom from criticism. Criticism is speech, and hence, it's free. If I want to make a big list of fallacies and make fun of you for using them, that's my right, too. Quite frankly, I think I rely on the freedom of speech more than the average person, especially in the current administration. Skepticism and atheism aren't popular opinions, and therefore mob rule without civil liberties would crush us, given the chance.

Of course, this bit of doggerel will come up whenever some anti-science woo gets shot down from getting a job, a grant, or whatever. The problem with this is that it's a distraction from the common reason why these people are denied science jobs: Woo relies on fallacies, a misunderstanding of the scientific method, and rhetorical tricks to avoid paying attention to evidence. I don't know about you, but if wound up in the hospital, I wouldn't want an HIV/AIDS denialist working on me, even if whatever I had wasn't related to AIDS: Such denialists have a nasty habit of ignoring evidence to go along with their pet hypotheses. That kind of attitude should be a big mark against anyone's career.

Well, didn't you hear anything about biology of belief? Belief has big consequences in psyche and as a result in life. I know that belief can change a life either to much better or much worse state compared to previous state. Belief has, obviously, nothing to do with knowing or understanding.

True, but I'd rather not set a dangerous precedent of disallowing certain beliefs, if I'm reading your implications right. As irrational or dangerous as some beliefs are, I'd rather they face heavy criticism than anything like government-sponsored persecution or anything.

No, you are not reading my implications right (hopefully :D). When I said belief, I ment only something personal, which has nothing to do with politics or outer world altogether. I'd say it's only mind game (or innergame). The impact of my belief on my mental state is positive, so I take it like a positive thing. I don't bother if someone else has different or no belief.

In other words, you believe in belief.

Okay, so my apologies for misreading.

Every once in a while I see an anonymous or an unfamiliar name commenting in an old topic, and they're usually hit and run trolls, so my reading slides towards the cynical interpretations. In this case, I thought you were talking about negative effects from a "bad" belief adding up to bad behavior.

Anyway, yeah, some beliefs do have a positive bolstering effect, if I'm reading you right, now. It can make it hard to overcome a false but good-feeling belief, since you often have to show them that they can be strong enough without it, or that you can get the same warm and fuzzies from a truth that replaces it.

I hope one day I will be able to return to only rational perception of Universe, life and human society. But for now it's true that I'm too weak to do that. Belief is really help in tough times.