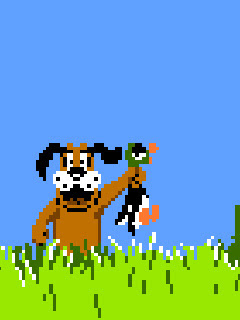 Last night, my brother wrote a post about a word they say we're not supposed to use (Not safe for work). As if that were worth giving a rodent's posterior over. Well, it seems that over in the Netherlands, the woos have warded off another evil word, also using legal power when they can: Quack. (Hat tip to The Amazing One)

The argument of the court was based on the connotation of the word “quack,” which was, according to the court, negative. Since Dr. Sickesz is very sincere in her business it was wrong to apply a negative sounding label to her therapy. A quack, but a very sincere one. Nowhere in the ruling was there a reference to the unproven and potentially dangerous business of orthomanual therapy. Nowhere in the ruling did the judges give any thought about the grave consequences of unproven medical treatments. It was all dictionary-based.

It appears that any person can dish up any kind of nonsense without hindrance, but as soon as their bluff is called, the court steps in and protects their scam. This may sound a bit harsh, but I certainly feel very disappointed with this ruling.

Sometimes, I think we'd be better off without slander and libel laws, and think there's a fair chance there'll be a debate about the necessity and abuses of them in the comments. Of course, there may be some connotative nuances involved but it seems the dictionary is actually on our side in this case:

With the official Dutch dictionary in front of me:

Kwakzalver (quack): 1. someone who applies useless means to cure one or other illness, or claims to have knowledge against all possible disease, usually with much noise (ophef) and offers this for sale; an unqualified practitioner of medicine. 2. someone who tells lies to the general public; a fraud.

The court judged this case fully on the second meaning of the word and then only focusing on the disqualifying words related to fraud. Now Dr. Sickesz may not be a fraud (she is sincere, so we are told) but the court totally disregarded the first meaning of the word “quack,” which was the way it was used by the Association against Quackery.

Either way, say it loud, and say it proud: Call all the altie practitioners you meet for what they are: Quacks.