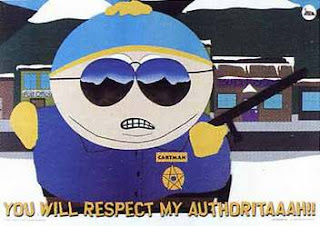 Woos, especially of the fundy variety, like to do pretend that science has a priestly hierarchy, and that it's heretical and hypocritical for us to defy 'authorities' like Darwin, Nobel Prize winners, or politicians who happen to agree with us.

The big problem with this view is that if there's anything science is inherently inimical to, it's the idea of authority. Anyone can challenge mainstream views. Science is about evidence, not people. If you conduct an experiment under proper protocols, and you get a result that goes against existing theory, well, you've likely proven the theory wrong. Just to make sure, science requires replication: If the result is the same, regardless of who follows the protocols, you've got the makings of a revolution underway. Evidence is all that matters in science.

That's what science is about. There are no divine revelations. There is no authority high enough to override what nature tells us in the form of experimental results: The evidence. Facts are facts, results are results, and a logically valid argument is a logically valid argument. The people involved are irrelevant, so there's little reason to bring them up in a scientific discussion. For woos, however, reality seems to be subjective, settled by things like letters after your name, your age, gender, or political views. "Oh, that experiment's not valid! She's just a little girl with no authority!"

One 'authority' fundies like to make a big deal about is Charles Darwin. They like to pretend that biology began and ended with him, and we all worship him. Quite frankly, if Creationists didn't waste so much effort verbally defecating on his name, I probably wouldn't bother thinking of him outside of his birthday. Darwin was a great guy who had a wonderful insight that we built on. The problem is, he's outdated. You might as well call physicists 'Newtonists' or something, even though physics has come a long, long way since Newton. The only time I care about Darwin, Newton, and so forth is if the topic is the history of science.

For the science itself, I'll continue going on what logic and the evidence says, so don't bother me with irrelevant, non-evidence-based 'arguments'.

By IDiot logic we should place these words in the science lexicon.

And of course, scientists in general should perhaps adopt the label "Baconists."