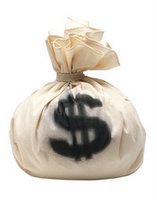 Welcome back to "Doggerel," where I ramble about words and phrases that are commonly misused, abused, or just plain meaningless.

Many of you probably recognize this classic ad homenim fallacy. I've personally experienced the "Big Pharma" variation a lot. Like many other fallacies, this one works by method of distraction. Even if I'm on Big Pharma's sooper sekrit payroll, that doesn't have any bearing on the validity of my arguments. If my opponent is unable to prove that his panacea works, or that Katamari Damacy causes autism, or whatever he's claiming, my employment is not going to change his failure. If I present evidence in an argument, my employment isn't going to change the validity of that evidence.

Now, if someone makes this accusation as to the source of the evidence, they may have some point, but that's where two of science's greatest resources come in: Peer revew and independent replication.

Independent replication is where someone unrelated to the original experimenter performs the same experiment. If the results are the same, we can be more confident in the conclusions. If the results are different, more independent people can conduct and refine the experiment. If the independents get different results than the people with interests in a particular outcome, we can get suspicious. If the results are inconsistent for everyone, we'd know there's something wrong with the experimental protocols, or something weird going on. For Big Pharma to trump independent replication, they'd have to control absolutely everyone capable of conducting an experiment. For them to do that, there'd have to be absolutely no noble doctors who just want to treat their patients. If a conspiracy theory like that doesn't define "cynic," I don't know what does.

Additionally, when presentation of evidence is involved, the shill fallacy involves a non-sequitur: "Bronze Dog is being paid by the Illuminati, therefore Dr. So-and-So's evidence is invalid." And you know what you call it when you mix red herrings and non-sequiturs.

Yet another point worth mentioning: Most of the conspiracy theories that perpetrators of the shill fallacy are simply silly. For example, take the alleged link between thimerosal in vaccines and autism. Last time I checked (admittedly a while ago), vaccines are generally not all that profitable. Being exposed in a coverup would do a LOT of damage to the industry. Much more than publicly saying "Oops" would. Conspiracies are also high-maintenance ventures, especially when they're of the world-spanning scope (which is necessary to trump peer review and independent replication). Considering that becoming a doctor often involves a great deal of noble purpose, that would be a lot of voices to silence, either with money or with hitmen (who cost money). All for the sake of a low-profit item. It'd be much easier and more profitable to not manufacture vaccines at all and promote quackery cures for those preventable diseases without evidence. After all, when a quack gets caught peddling ineffective cures, the mass media never seems to care.

Doggerel Index
Posted by Bronze Dog at 8:24 AM

Hey! I want to be a corporate shill. Does it pay well? Where do I apply?

Proponents of conspiracy theories never consider how many people have to keep a secret for the thing to work.

But what about the multimillion dollar Big Altie shills?

Oh, they're immune, since they're so generously curing people. All the money's to cover expenses, since it costs a lot to dilute water.

My apologies for any sarcasmometers destroyed during the reading of this post.

I don't know if I should be admitting this, but I have started to kind of enjoy being called a pharma shill. It makes me laugh.

I remember someone on a thread mentioning a fantasy about debating 9/11 conspiracy kooks while wearing a T-shirt that says "Illuminati member."

It's hard to imagine, but if I was watching that, I would take the kook even less seriously under those circumstances.