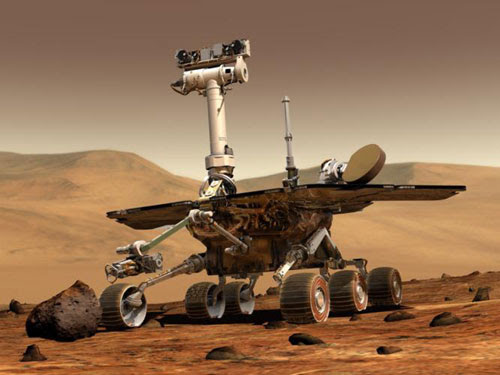 "The further the spiritual evolution of mankind advances, the more certain it seems to me that the path to genuine religiosity does not lie through the fear of life, and the fear of death, and blind faith, but through striving after rational knowledge." -Albert Einstein

Welcome back to "Doggerel," where I ramble on about words and phrases that are misused, abused, or just plain meaningless. This installment deals with one word that's gotten pretty far into "plain meaningless" territory: "Spiritual."

The definition I used right up until I abandoned the word was pretty close in line with Einstein's quote up there: A sense of wonder that drives a person to understand the world around him and make it a better place. Of course, that definition has very little to do with spirits, so it doesn't really fit.

One of the common uses involves people who describe themselves as "spiritual, but not religious," usually to suggest they aren't a part of an organized religion. I've encountered one or two people who used the phrase to defend themselves against observations that they debated like religious fanatics. Thankfully, "spiritual, but not religious" people are less likely to summon The Spanish Inquisition (which is a good thing), but bull[poo] is bull[poo], whether it's a Mom & Pop generic brand or mass produced by corporations large enough to duke it out militarily with giant robots with lasers and... (Sorry, lost my train of thought. Was getting caught up on Armored Core this weekend, and giant robots are just plain cool. If the Adult Swim intro to Eureka 7 is telling the truth, someday, we will all own mecha.)

Anyway, another use is to describe different groups of values, usually to separate what they're promoting as different from "materialistic" values: Money, possessions, etcetera. In this case, "social" would probably be a better word. But some even go a step further and separate their "spiritual" valies from social and material ones. If anyone's aware of a "spiritual" value that doesn't translate into "brownie points for getting into everlasting cosmik bliss," please tell me.

Oh, and you can thank Adam for moving this one up the list.

Doggerel Index
Posted by Bronze Dog at 11:27 AM

If we could define "spiritual" with finality, I would say it is simply the ways and means by which we define our own personal meaning for our own individual existence.

But yah, without an actual "spirit", it's "kinda hard" (LOL!) to experiment on the concept for specifics.

Like I said to you earlier, too: consideration of the word "spiritual" always elicits an image of Carl Sage, or Einstein, staring into the night sky, wondering at the wonder of the universe which allows such as us to evolve and exist.

'Tis a tricky one though. I tend to let its usage slide on by my, unless the person tries to connect it to something for me personally.

I'm one to pick up on the incorrect words used todsy and being English I line my english as it was when I was a boy...long,long ago!
On to the word, "Spiritual." Yes, a very misused word. But it is simple really, we are whether we know it or not, a spirit clothed in a physical body which in time we will cast off like an old overcoat and don a much better spiritual body. We are simply spirits.
Refer to my site for plenty of explainations!

I'm much more religious, but not spiritual. I don't mind the rituals, hierarchies, institutions and scamming people out of their money; it's the magical bullshit and moralizing that I hate.