Doggerel #7: "You Just Have to Respect My Beliefs!" 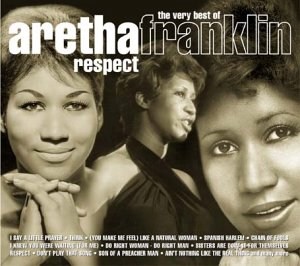 Welcome back to "Doggerel" where I ramble about words and phrases that are misused, abused, or just plain meaningless.

One plea that's often heard during debates, especially those of a religious nature, is for us to "respect" the beliefs of others. The problem with that plea is that it isn't a request for respect: It's a request for us to patronize the believer.

I will now attempt to loosely define a spectrum of acceptance.

First, there is tolerance. I tolerate a person's right to believe whatever he wants to, no matter how moronic it is. You won't catch me sending The Spanish Inquisition after believers. You won't catch me voting against their legal rights. You won't catch me attempting to censor them for their beliefs (their shameless spambot marketting, maybe, but not their beliefs). The closest you'll be able to get is maybe me denying someone a job based on the incompetence that lead them to their beliefs. Tolerance, as I'm defining it, means that I don't violate the rights of someone because they believe. Debate is not a violation. If it were, it'd be violating my right to express my belief that a particular belief is stupid.

Next, is patronization: The destruction of debate because it's not "nice" to present arguments against it. Patronization is destroying freedom of speech, notably on Comedy Central.

"I think it's the duty of the comedian to find out where the line is drawn and cross it deliberately." -George Carlin

Just because some people don't like to hear contrary arguments (often the basis of my ridicule), I'm not about to hold back. Nowadays, people threaten others with lawsuits for ridiculing them. Once, they threatened them with death. They probably still do in parts of the world. I have no intention of finding out if there's a legitimate slippery slope leading from the former to the latter.

Next, there's respect: If an argument is valid, I'll probably have some respect. There's a lot of woo out there that doesn't even get that far. If someone's willing to put their belief on the line with an experiment, that will earn some of my respect: Few people are willing to do such. Of course, if that someone does a lot of ad hocking after the results to maintain a belief, he'll probably lose that respect rather quickly.

Finally, there's acceptance, which amounts to agreement. I think you can guess what it would take for me to reach that level.

Thank you for being.

I generally think whatever offends people is where their cognition fails. Whether it's atheism or racism, I love to trigger normies, I don't even really care how.

@Rikhard: The Gadfly Corollary is not a reliable measure of self-worth. People experience emotions for a reason.

Also, annoying someone is not analogous to causing a panic or anxiety attack in someone suffering from PTSD. Please don't reinforce that co-opting of the language.