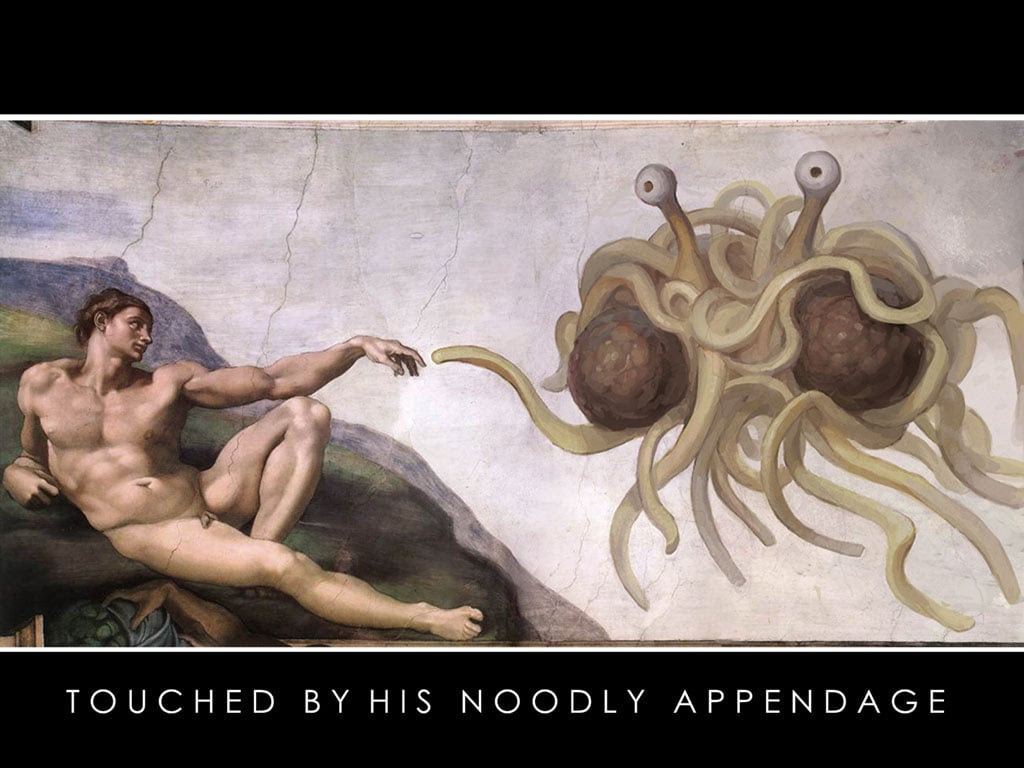 Welcome to a special edition of "Doggerel," where I ramble on about words and phrases that are misused, abused, or just plain meaningless. In this edition, I address something many people consider to be the answer to life, the universe, and everything:

One of the words out there that changes definitions quite often is "God." Are there more than one? Does it have effects on the natural world? Did it create the universe (a big natural effect)? Does it care about all the hominids scurrying around on a particular tiny rock?

Those are all questions that theists can't seem to agree on. Some can't even agree on whether or not they're answerable at all.

Moving along, there are plenty of varying definitions out there, so I'll try to cover as many as I can thnk of for the time being.

First, there's the falsifiable primitive deity. Plenty of these are in Greek mythology. Zeus, for example, hurled lightning bolts on his enemies. Apollo moved the sun across the sky via chariot, etcetera. These entities are falsifiable because we can come up with explanations for how those effects originate. We know something about how lightning works. We can control it via lightning rods. We can even make it to some extent. We know why the sun crosses the sky: The Earth rotates so that us surface dwellers perceive it as the sun's movement, instead of our own. No chariots involved.

These types of deities also have attributes assigned to them: Zeus can heal quickly after having his skull cracked open (to let out a suddenly fully-grown goddess). Balder is vulnerable to mistletoe. Bacchus is probably well over the legal limit. Osiris probably qualifies for the undead creature type. They all have powers of various descriptions.

Second, there's the Deist type of deity: One who created, but stopped right there. This kind isn't falsifiable (at least not yet), since our ability to extrapolate about the past has some limits, especially in the special case of "what the universe was like immediately after the Big Bang" when everything was super-dense, super-heated, and so forth. It's essentially a god in a really hard to fill gap. At least from my experience, Deists tend to be rather civil about it, and admit the shortcoming. I've been surprised before, though.

Third, there's the Intelligent Designer who's currently trying to push his way into the United States public school system, despite being a watered-down primitive deity: He's just been watered down into unfalsifiability. The Intelligent Design crowd just won't speak up about how he designed his stuff, and often won't address design flaws. What's up with that blind spot in our eyes?

Another problem is that when IDers attempt to define a method for detecting design, chances are there's someone out there who's already run an unintelligent evolutionary algorithm that's already addressed the issue. If IDers object to those, they're usually just shifting the goalposts away from evolution and back to cosmology. The other likely chance is that their definition includes absolutely anything as "designed" or falls into self-contradiction.

Fourth, there's the nebulous "fluff" god: An entity defined as undefinable. Not a terribly useful concept, is it? That's where a new -ism I've learned comes in: How can we form a conclusion on something when the conversation is rigged to guarantee no one knows what's being talked about?

Additional problems often occur with individual traits assigned to deities: Omnipotence, for example, is riddled with possible contradictions. Couple omnipotence with omnibenevolence, and you've got to deal with the old problem of evil, and why the existence of evil doesn't falsify one or both.

To add to the mess, a lot of people claim all sorts of things are impossible without gods hanging around. Morality is among the favorites, as if my compassion for my family, friends, and fellow residents of the universe would magically vanish and teamwork would stop being mutually beneficial if some cloudwalking guy in a toga wasn't around. Another concept allegedly made impossible by an absence of deities is free will (another topic altogether). That really strikes me as a non-sequitur. Can't say much beyond that, really.

This entry's likely going to face expansion as time goes on.

Another excellent post. I used to have a really good friend who freaked out when she found out I was an agnostic. I had known her for a couple of years before the question of religion came up. After that, she started over-analyzing every move and decision I seemed to make. As if trying to figure out how I made moral decisions without the guiding influence of the high and mighty. Since then, we've lost touch, but I really enjoyed our discussions on morallity and other debates.

What's up with that blind spot in our eyes?

It's always funny when this argument comes up, as IDiots seem to flock to the worst defense: "Let's see you do better. How dare a mere mortal like you just the almighty God's design."

For once, I'd like to hear something novel, like them claiming that the blind spot is a good compromise of efficiency in design, with no drawback as long as both eyes are open (or the one eye shifts its focus regularly enough). That's an argument that's actually somewhat reasonable (well, maybe. I'd have to ask a biologist if it actually is more efficient this way, or if there's some other advantage), yet they never seem to use it.

Ooh, or how about this: Look at cars, which were designed by humans. They have huge blind spots. Look how small the blind spot is in the eye. That's evidence of both design and a really good designer.

Neither argument will do much good for proving ID, but it would be refreshing to hear something like that every once in a while.

That's an argument that's actually somewhat reasonable (well, maybe. I'd have to ask a biologist if it actually is more efficient this way, or if there's some other advantage), yet they never seem to use it.

There is. Just ask PZ, and he'll go on about how the squids got it right: Their blood vessels enter in through the back, not obstructing the retina. No need to bunch them all together and pass them through a spot without light sensitive cells.

Us vertebrates just got shafted early on.

Oh yeah. Not to mention the whole problem where each eye connects to the farther lobe of the brain instead of the close one; that's poor design for ya.

Hmm, that would actually be a quite good argument to use against Cretinists. Why would God give the perfected eye to squids instead of humans, eh?

Well, if the FSM is God, then I'd not be surprised if he favors their noodle-like appendages over ours. Why not give 'em better eyes as well?

Congrats on the 50K too!

Are the primitive deities actually falsifiable, or can they merely be superseded by better explanations?

I've actually heard of a good reason for the blind spot. It's related to the fact that we are land creatures, while squids are sea creatures.

Basically, on land you have a lot of abrupt changes in light intensity. You're in shade, then sunlight, then shade again - it's a pretty huge difference. Even more so if you go underground.

The bits that make up our light sensors are a bit sensitive, though, and such abrupt changes can harm them. So, to help prevent that possibility, we evolved our eyes with a covering of cells over the retina, to reduce the intensity of the light we received. As it turns out, the cells we used for covering were the nerve cells themselves. Squid, who live in fairly substantial darkness all the time, don't need that protection, and were free to evolve eyes without anything covering them.

Of course, this doesn't actually answer for the blind spot - it's just an interesting theory for it's development. It would probably be *better* to have our nerves behind the retina, like squid, and then simply develop an excess layer of cells over the photoreceptors. That would give us all the same benefits without any blind spots.

It would probably be *better* to have our nerves behind the retina, like squid, and then simply develop an excess layer of cells over the photoreceptors. That would give us all the same benefits without any blind spots.

At the cost of using extra resources, that is. Or maybe not, since having the nerves within the eye makes them need to travel farther.

As for the falsifiability of at least certain ancient gods, go climb Olympus. If you are neither struck down for trying, nor able to find tha palaces of the gods, then there is some definite falsifying going on there.

"I've actually heard of a good reason for the blind spot. It's related to the fact that we are land creatures, while squids are sea creatures."

nah. The backwards-retina "design" is true of all vertebrates...including our umpteen gazillion generations of fishy ancestors.