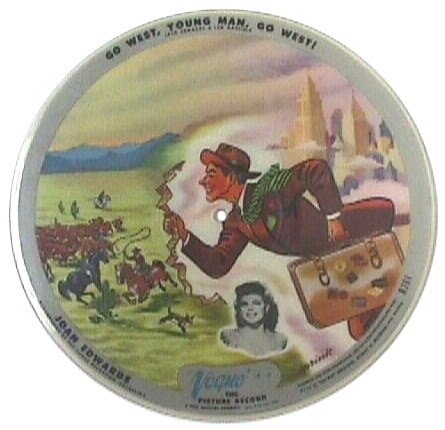 Welcome back to "Doggerel," where I ramble on about words and phrases that are abused, misused, or just plain meaningless.

One of the really big annoyances in my life is when woos try to change the subject into an alleged conflict between "East" and "West." The point of origin for an idea is completely and utterly irrelevant to the validity of that idea. It's called the genetic fallacy.

I've recently had an experience with a rather subtly nasty troll (apparently turning less subtle at one point). He arbitrarily defined double-blind control studies as "Western" as if looking for the difference between the results of pretending to do something (placebo control) and actually doing something (treatment) was strictly a "Western" concept, and thus was useless for evaluating acupuncture. What made the whole thing worse: He suggested I try it myself. He was asking me to lower my standards for traditional Chinese "medicine" because it started a considerable distance from the prime meridian.

I suspect, like many alties, this person would also express shock and horror if the FDA or some other regulatory body approved of a drug without testing, and let people buy it willy-nilly without a need for a prescription. It'd be much worse than the Vioxx scandal, since the pharmaceutical companies wouldn't have to spin their way past some negative results.

I'm rarely the sort to bring this up, but I think there's plenty of reason: By claiming the scientific method is "Western" and thus "Eastern" stuff is immune to it, and suggesting that I lower my standards for the "Eastern" woo, they are being racist. There. I said it. And in a main post, rather than in some comments somewhere. By asking me to lower my standards for something of a particular nationality, they are asking me to give one group of people special treatment because they are of that particular group. If that's not racist, I don't know what is.

The universe operates under one set of rules. Being on one side or another of a particular rock orbiting an unremarkable star doesn't change that.

I would like to add that these so called "western" methods and medicine are actually currently being used IN the "east" by the "easterners".

Sure, everyone talks about "Western" and "Eastern" medicine, but they just totally ignore "Southern" medicine. One of these days the Australians will get their revenge!

Whew...For a second there I thought you were going to advocate cheap whiskey and vicodin with a side of grits for whatever ails you.

By claiming the scientific method is "Western" and thus "Eastern" stuff is immune to it, and suggesting that I lower my standards for the "Eastern" woo, they are being racist. There. I said it.

I can't believe that I haven't noticed this before.

Thanks BD. That's an outstanding Doggerel. Put that in your Greatest Hits.

Sorry for posting twice BD, but your Doggerel always seems to appear in conversations in the context, "Isn't it arrogant to think that the Western scientific method can be used to test for effectiveness on things that we don't fully understand?" such as where we're reliant on The Force, um, sorry, Chi/Qi.

Karl Kruszelnicki, an Australian celebrity TV and radio scientist was asked on a radio show that I was listening to whether or not he thought that Western science was being arrogant in insisting on using the scientific method to test for something woo related - I think it was acupuncture.

His answer was a blunt no.

His example that he gave was a good one - anaesthetic - we don't really know how it works, but the scientific method has shown it to work, without having to posit a mysterious reason such as Chi/Qi. It was a good answer I thought.

I think "Eastern" methods for getting knowledge are better than "Western" ones. Of course, I think that way because I live at the Americas, and from my perspective, Eastern Asia is westwards, and Europe is eastwards.

It's a bit hard to believe that most alties and woo-consumers (and some woo-meisters, sure) seem to ignore that Japan, the easternmost nation of "East", is one of the world leaders in "Western" techniques like robotics and electronic engineering; and the most representative country of "East", India, produces masters in "Western" computer sciences.

"Western" science, and not "Eastern" wisdom, is what is helping China and India to become the next world powers.

"Western" science, and not "Eastern" wisdom, is what is helping China and India to become the next world powers.

I suggest we just call it "science" and take the connotation of location out of the equation...relation, station...tion, tion.