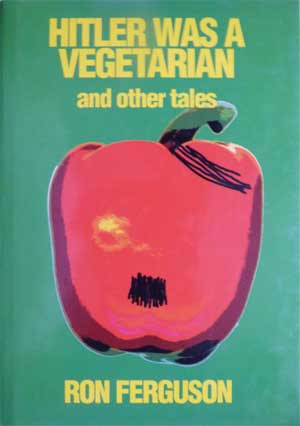 In many ways, this is a reversal of #60, attempting to form a negative association with science, instead of a positive one with woo. No mention of this doggerel would be complete without a mention of "But Hitler believed in evolution!" Of course, Hitler was much more likely a Creationist, saying things like

"The fox remains always a fox, the goose remains a goose, and the tiger will retain the character of a tiger." (Mein Kampf, vol. ii, ch. xi)

...but that's entirely beside the point: Hitler was a painter, a dog lover, a vegetarian (supposedly), and a teetotaler. Strangely, I don't see people posting things like "Hitler loved puppies!" at Cute Overload.

Going further, I think we can reasonably suspect that Hitler believed in Newtonian physics, the germ theory of disease, and the blueness of the sky. The validity of those theories isn't affected just because the archetypal evil guy believed in them.

Another classic example is the claim that Hitler and Stalin were atheists. Certainly not true on the part of Hitler, but it is true for Stalin. For all the reasons above, it doesn't affect the validity of atheism. Noteworthy is that Stalin was into pseudoscience like Lysenkoism, which rejected evolution, and even heredity. I'm sure a number of economics-based skeptics could tear apart his views on those matters. In short, Stalin was no critical thinker, and thus nothing like the atheists who are typically targeted with this doggerel.

Doggerel Index
Posted by Bronze Dog at 10:24 AM

I get the old "Hitler was an atheist" usually from morons who have a 3rd grade understanding of atheism anyway.

I usually just prompt a dumbfounded look when I ask whether their opinion of ice cream would change if they knew Hitler enjoyed it.