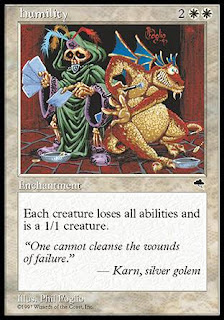 A recent use of this doggerel has been brought to my attention, prompting me to move this one up the list. Here's the chunk relevant to this doggerel:

When skeptics of homeopathy assert that there is "nothing" in homeopathic medicines, they seem to
assume that they know everything there is to know about the physics of water. I want to remind skeptics that good and serious scientists maintain a high level of HUMILITY about what they know and what they don't know. I am proud of my humility of what I know and what I don't know.

The big problem: We aren't claiming to have proven the negative, only that there's been a consistent failure to prove the contrary. That's how science works: You don't prove things, you falsify the null hypothesis. There may be some hidden physical laws that affect water in currently unknown ways, but the homeopaths don't seem to be jumping up to prove it with empirical studies. What's worse is that they claim to be using these laws to good effect, even though homeopathy is no more effective than placebo in reasonable tests.

Put simply, skeptics, scientists, and doctors aren't guilty of the arrogance this person accuses them of: They don't claim to know everything about water, and I'm sure most everyone knows the problems behind proving a negative. All in all, this bit of commentary features straw men, shifting the burden of proof, and maybe some projection.

Science, in contrast to woodom, is a practice that requires a degree of humility. Anyone can have their findings challenged, so long as the challenger raises logically legitimate complaints. No authority is sacrosanct. The only things we stick to are the things that we've been unable to tear down with critical thought and evidence. Any test can have flaws pointed out, discussed, and hopefully removed in another experiment.

Woo, on the other hand, avoids testing in all but the sloppiest of circumstances. There's typically a leader of some sort who cannot be questioned. They often have trolls who spout absolutes that they won't question. Any test the woo fails is flawed by definition, and no further explanation is ever given, except for non-answers that just add another unnecessary step. They demand special treatment.

All in all, if you ask me who's lacking in humility, it isn't the skeptics. Show me verifiable, repeatable results, and I'll change my mind. You may be surprised to find that I like being wrong, sometimes.

Have you done "organic" yet? I noted the term, used correctly, in the bit about crystals but by the time I think to comment on it you already have this up.

Organic's been covered as a guest entry.

It's just an appeal to “science doesn’t know everything”

I wish I caught more of the live action version of that show.