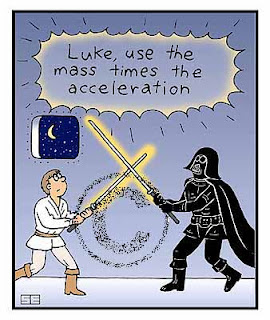 One of the things I often find baffling is the troll who performs a hit-and-run post at a skeptical website complaining about us 'forcing our views on them', as if expressing an opinion on a personal website constitutes something like the Spanish Inquisition. Do you see skeptics stopping by and making equivalent complaints of 'persecution' by 'forced' views at Sylvia Browne's website? I don't, though given the typical woo's penchant for banning at the drop of a hat, I suppose there would be an understandable absence of evidence if it did happen.

When a skeptic expresses a view, the only force behind it is that of logic, evidence, and so forth. Contrary to how woos like to imagine us, we do not have any sort of thought police going around threatening violence to people who hold contrary opinions. At most, we have people who make loud counter-arguments, which isn't forcing in any sense, but woos often like to portray it as such anyway. Worse, is that these sorts will often hypocritically complain about the media's failure to present both sides when their evidence-free crankdom is ignored.

The closest skeptics come to forcing our views is in public school systems, specifically in science and history classes. Quite frankly, I'm one of those completely bonkers people who thinks that science, researched through the scientific method, is what should be taught in science class. Wishful thinking, arguments from ignorance, and other fallacies have no place there. The same with history, which is really just a tightly focused field of science. If you want your crank hypothesis in the school system, you have to jump through the same hoops the rest of science and history did.

Another instance is in medicine. "Health freedom" is a sticky topic, but some controls are necessary, because a lot of alties often seem completely oblivious to the fact that lives and livelihoods are often at stake, and that unproven, sloppily tested quackery shouldn't be even considered, at least not until the quacks make a commitment to actually performing meaningful tests, rather than cherry-picking anecdotes for their marketing campaign.

Doggerel Index
Posted by Bronze Dog at 10:24 AM

I feel much the same way. "Forcing one's views on someone" means, in practice, ever coming into contact with another point of view. What is it that maked people feel so indignant about other people's POVs? I wonder if it has something to do with how you identify yourself, the thought running: "This perspective is an important part of who I am, and if you critcize it, you are critizing me personally."