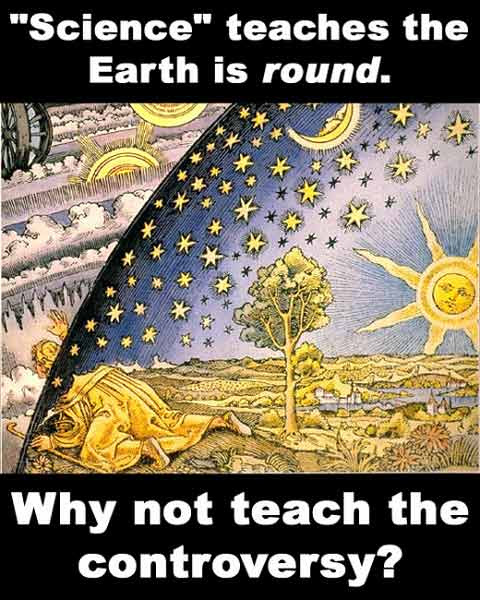 Welcome to a birthday marathon of "Doggerel," where I ramble on about words and phrases that are misused, abused, or just plain meaningless.

One thing that the media loves is "controversy." It gives them an excuse to put up ratings-friendly loud arguments on TV, and it's something they can continue to draw out. After all, if there's still disagreement, there must be controversy, right?

Wrong. Controversy is not the simple existence of dissenters. If that were the case, one wonders why the media doesn't routinely cover both sides of the controversy of the Earth's shape. For any well-established theory, there will always be denialists if you look hard enough.

Real scientific controversy only exists if two or more opposing hypotheses have roughly equal evidence, posit few, if any, new entities, and so forth. I think we can safely say that a lot of these types of things are ignored by the mainstream media, and more likely occur in peer-reviewed journals. The kind of "controversy" woos do is done in public relations, and usually in a one-sided manner giving next to no time for skeptics.

What's really annoying is that the level of "controversy" is decided by the intensity of the emotions involved, rather than the actual content of the arguments. Usually, this means that if the truth makes people angry, it must be the wrong side. Unless you're a skeptic, in which case, making you angry "proves" that you're wrong.

Guess you should call it quits.

Oh, yes, let's maaaaagically pretend that mamby-pamby newage epistemological relativism which swings around to whatever popular fad is hot today is the determiner of reality rather than *gasp* reality.

American Idol is not a scientific model of the universe.

Shouldn't that be "god(s)", because not all of the credulous 98% believe in the same one or ones? Plus, I'm happily married and straight. That's two problems with your reasoning, anon.

Here's another thing I find high-larious:

The problem is that he's disagreeing: The post is berating stuff run solely on public relations. It's about evidence, not popularity.

Yet the probable Cocksnack there says he agrees when he's saying the exact opposite.

Of course, with fundie moral relativism on his side, lying is permissible whenever he feels like it, or the fickle tides of fashion swing this way or that.