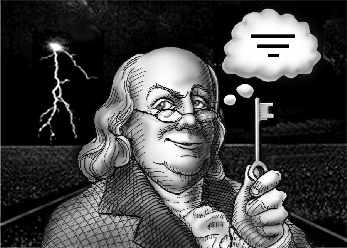 Welcome to a special birthday edition of "Doggerel," where I ramble on about words and phrases that are misused, abused, or just plain meaningless. The inspiration for this one comes from an anonymous and venomous troll who dropped a comment in the first post by Ryan.

A lot of woos like to complain about us skeptics being "negative," as if that's a bad thing. Science involves a lot of this "negativity." Scientists aren't allowed to coddle a hypothesis. They have to test their ideas under stricter and stricter conditions designed in every way imaginable to produce negative results. If a hypothesis continually survives with positive results, it becomes a theory. This is the quick and dirty of science: 1. Form a falsifiable hypothesis. 2. Do everything you can think of to prove that hypothesis wrong.

Compare that to woo: They coddle ideas and make endless excuses for its failures. Not surprisingly, these excuses are seldom consistent: They excuse failures, but they don't prevent apparent successes. Welcome to Moonside!

When a scientist is the target of "negativity" they respond by collecting evidence to counteract that negativity. In fact, the ideal scientist is most negative towards himself.

When a woo is the target, they complain and do nothing else. They complain about the possibility that someone thinks that they could be wrong.

One of these approaches has altered the nature of society. The other sat idle.

Knowledge is like a child: If you don't discipline it and force it to acheive in the face of adversity, it'll become a useless, spoiled brat.

Be a productive member of society: Be more "negative."

Doggerel Index
Posted by Bronze Dog at 7:48 AM

You're not being open-minded about their Woo Fu.

Hi - Just started reading your blog and am enjoying it a great deal. I have one question. I'm sorry if you've been asked this question a billion times already - but - here goes... what's a "woo" ?

It's a bit of skeptical slang. Lot of it seen on the JREF forums.

I'm sorry to make it a million and one, but the link is down on the reference for what a "woo" is. Could you help a guy out? I love the blog, by the way. The "It's only a theory" doggerel is nice. And you have pictures of a Magic card. But yeah, a definition of "woo" would help a lot.

This should work better. Skepticwiki did a bit of a reorganization.